OfficeSuite Contact Center Services release 8.1 is scheduled for production on May 14th and 17th. The following is a summary of what is coming in the new release.

Admins can now route calls to the queue of their choice based on the ACD that is utilized by the caller. As the agent receives the call, they will be able to see which ACD was used by the caller. This is a great feature that can be used to take calls from various geographic markets or for agents who take calls from multiple departments, route those calls to the appropriate agents and allow the agent to see where the call is originating from. This new feature is available under the ‘Alternative Names’ tab on Inbound Voice Queues.

When calling into a queue and waiting on hold, the caller is now able to enter in an alternative callback number to be called on when their place in line is up. Previously, the call back was limited to the caller ID of the line calling in on. Now, if the caller prefers to be called back at a different number, the caller can either speak or type in their preferred number when prompted. 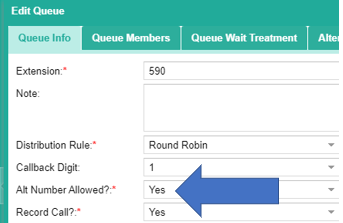 Agents now have a means to directly request help from a supervisor for both queue calls as well as chats. Requests are initiated by an agent and are communicated to a supervisor via a notification pop-up with and audible ringing alert. The agent can also cancel the request if help is no longer needed. Once the supervisor accepts the request, they are placed in a coaching mode so the agent can hear their supervisor, but the far-end caller cannot. This is true for both voice and chat queues. If the supervisor needs to join the conversation, they can barge-in to either the phone call or the chat. 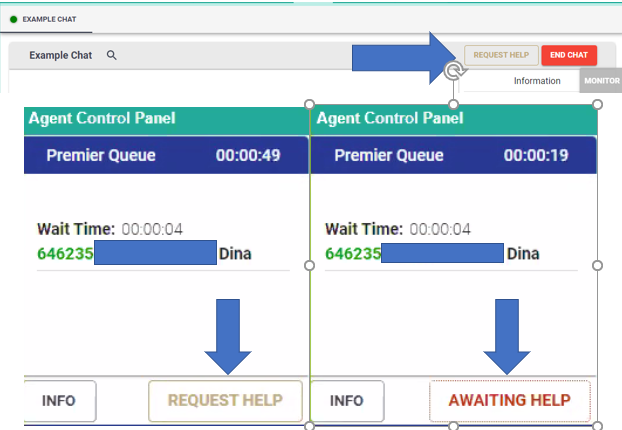 Tenant administrators can set a threshold such that if an agent misses a consecutive number of queue calls while in a ready status, their status will automatically be switched to an auto-away so they will not receive additional calls. The auto-away is configured site-wide under system settings and can be set from 1-5 or simply, ‘no limit’ The agent who missed calls beyond the limit must then manually reset their status to ready when they are available to take additional calls. Administrators and Supervisors are also able to run agent performance reports to determine if and how often their agents are forced into an auto-away status.

Enabled agents and supervisors can now grab any call that is sitting in an inbound queue. The agent or supervisor does not have to be a member of the assigned queue to pick up that call. The call being grabbed can either in the wait room or waiting on a callback. If that call is answered by an agent, the ‘grab’ icon will disappear. Supervisor permissions must be added to an agent to use this function.

Change Away States without going Ready In between

An agent can now change their away state without first going into a “Ready” state. This feature is helpful in preventing an agent from receiving a queued call when they are truly not available. An example would be an agent returning from lunch who needs to go into a staff meeting. This helps supervisors better track their agent performance and prevents an agent from receiving calls when other job functions take precedence. 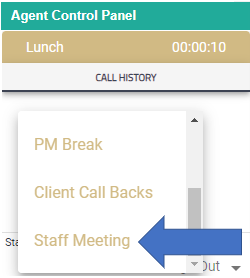 0
This discussion has been closed.
Hey! You will be signed out in 60 seconds due to inactivity. Click here to continue using the site.

Whether you are new here or back for more, go ahead and sign in to get involved!